Now this is going to be a true Kame Fan girl post. I’m not even going to apologise for it. The only people I will apologise to are my friends who went with me to see it. The fan girl in me couldn’t hide away from such fan service scenes.

Please be aware, there are spoilers and I don’t have the tags in use, so please at your own risk.

This movie is based a novel with the same name. Its set during the Second World War where a man sentenced to death is saved by a mysterious guy and is asked to become a spy. Now, my reasons for watching the movie, apart from all the smexy Kame scenes were to see what his English would be like. I haven’t seen his baseball movie yet, but from what a fellow Kame fan said, he didn’t really appear much and I’m not really a baseball fan anyway, so it doesn’t matter.

Compared to other roles that Kame has played, this was the first time I’ve seen him in a more serious role. He has been in comedies, romance drama’s etc. But this is the first movie where he gets to do cool fighting scenes, run about, and of course, the torture scene (if you don’t understand, then you clearly haven’t seen the trailer for this movie).

I have to say that I was also surprised to see Koide Keisuke. He has been in a few movies I’ve seen but I wasn’t expecting to see him in Joker Game. But it was a nice surprise.

I do have to say, that I wasn’t really impressed with the female lead, Fukada Kyouko, I felt like she doesn’t know much expression.  There was too many mysterious things about her and even I couldn’t understand how she suddenly changed clothes when they weren’t even around it. I had no idea where she hid them…… I haven’t read the novel so I can’t really tell if they were meant to appear out of thin air or not. I know that Spy’s are meant to have many hidden techniques, but it was way too strange,

Now, I am still not too sure about Kame having his hair sleeked back, but at least it allows for many neck porn shots and he does pull off wearing hats well. Even more so when Kame is in a suit, When Kame is in a suite, nothing can go wrong. That and Asian guys pull of wearing a suit better than western. It just doesn’t fit a western guy as well as Asian guys, which is a little strange. But I am not complaining. I am surprised as to how Kame can keep a white suit, white. Its hardest colour to keep clean, yet to see Kame running, jumping, hiding and getting his smexiness on in the suite, I do wonder if the cleaners really like having to keep washing it all. Yet, when it came to the Kame torture scene, I failed to keep my voice down and boy was that a hot scene. Kame with dripping wet hair, tied up with rope…. 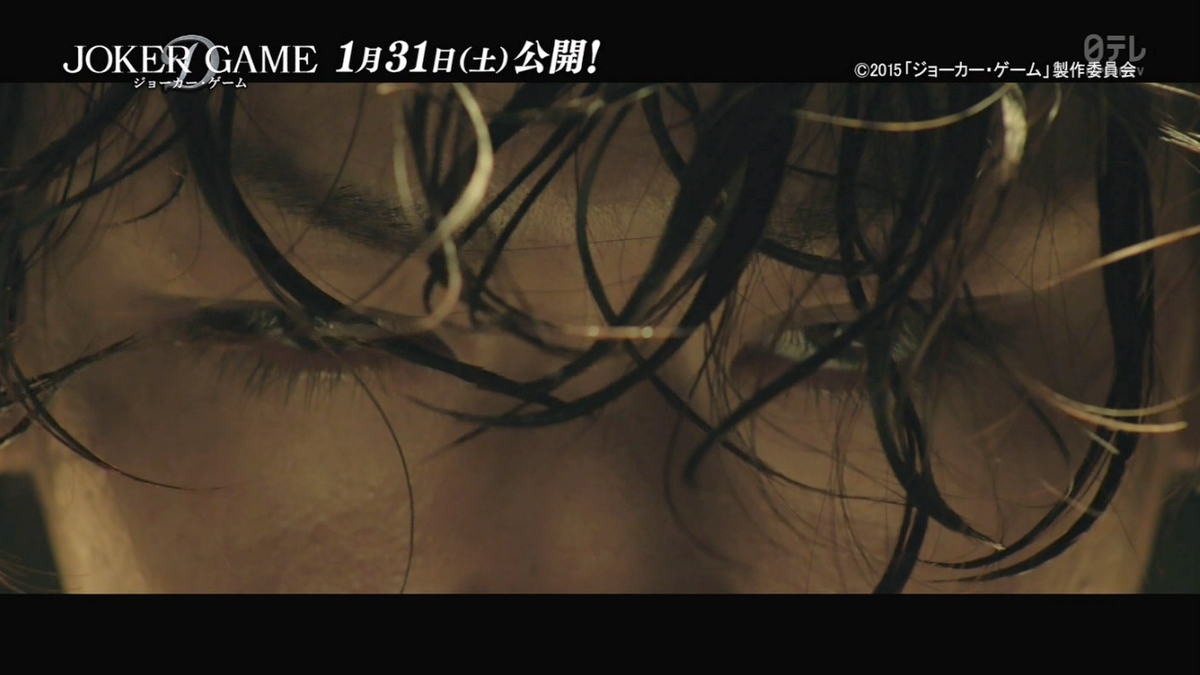 I really couldn’t contain the fan girl inside and I am sure my friend were worried I would hyper ventilate. But Boy! That was definitely one of the best scenes!!

Overall, the movie was interesting to watch. Even for someone who hasn’t read the novel. It was great to see Kame have a little romance, but it wasn’t the main part of the movie. Instead it was more about him trying to find something of importance and getting chased by the villains (which for this movie, just so happens to be a British guy…. Well we do play the best villains.).

It’s definitely a movie to watch if you are a Kame fan. It’s refreshing to see him in a different role and genre of movie where isn’t the main focal guy in a romance drama. So watch it when you get the chance. I am going to have to buy the DVD when it comes out or my fan girl side will hate me for ever!

This site uses Akismet to reduce spam. Learn how your comment data is processed.